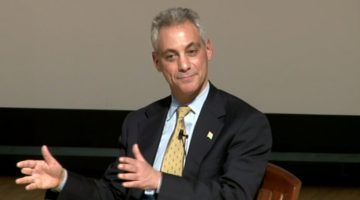 Rahm Emanuel, Mayor of Chicago, visited Northwestern University this evening to speak about his background story, which related to the One...
Read More

I thought that this was worth mentioning, Chicago is the first US city to allow for citizens to text photos and...
Read More

Thought this was an interesting film about Chicago, would love to remake it today.
Read More