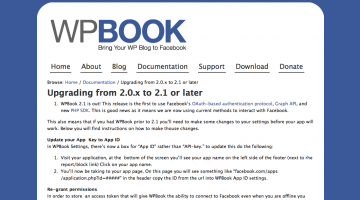 WordPress has been doing a wonderful job with its social media integration. There are many ways to get your WordPress Blog...
Read More

Great talk by Michael Wesch from UX Week 2010. You may remember Michael from this. The talk is longish – 40...
Read More

I love it when you get the sense that developers/designers are using and responding to their own products. A few weeks...
Read More