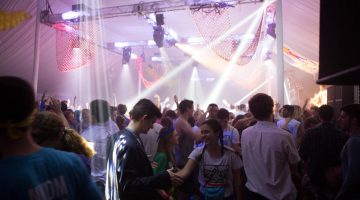 This past weekend, we provided high definition live video streaming services to one of the largest student-run philanthropies in the nation,...
Read More

The Global Health Portal at Northwestern University is a site that we launched in May 2010, today we are happy to...
Read More

Pines of Rome & Susannah on the Big Ten Network!

NUAMPS debuts yet another program on the Big Ten Network! Pines of Rome and Susannah is a program featuring excerpts of...
Read More

Congratulations to Reg Gibbons for being named Literature’s Chicagoan of the Year by the Chicago Tribune. NUAMPS has had the privilege...
Read More

As part of the inauguration festivities, today, tomorrow and Friday, the New NU president Morton Schapiro is on live video chat...
Read More

Just a reminder that the NUAMPS production, “Making the Waa Mu Show 2009,” will be premiering soon on the Big Ten...
Read More

Center for the Writing Arts Gets to Writing

Today we launched the Center for the Writing Arts Blog. The WordPress-based blog was developed to extend the functionality of the...
Read More
Posting....