One more reason to use WordPress

If you aren’t already sold on using WordPress as a blogging platform (or light CMS), here is yet another reason to...
Read More

Today Mike, Zoran and I tested  Vidyo (our new video conferencing software) for streaming live images from a Microscope.  The Woodruff...
Read More

Congratulations to Reg Gibbons for being named Literature’s Chicagoan of the Year by the Chicago Tribune. NUAMPS has had the privilege...
Read More

I’m long overdue on a post to this blog, but promise that this reintroduction will be well worth the wait. I’m...
Read More

The NUAMPS Blog now has a device specific display for iPhones and iPod touches.  Jump on your iPhone or iPod touch...
Read More

It appears that Firefox now has a larger market share than IE7 and IE8.  (Check out the article here.)  This is...
Read More

Dave, jon, and I are all here at the drupal camp Chicago 2009 conference. Were seeing a lot of familiar NU...
Read More

This morning we officially opened the doors for online submissions to the upcoming web version of Northwestern University’s literary journal TriQuarterly....
Read More 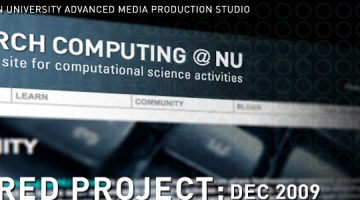