Photogrammetry of a Shiny Object

Photogrammetry of a Shiny Object

Photogrammetry is the process of taking multiple images of an object, and processing the images with a computer, in order to create a textured 3D model of the object. These 3D models can then be used to create new experiences on the Web, in Augmented Reality & Virtual Reality, or printed in 3D as a physical object.

This blog post is technical in nature, and goes in-depth on the efforts put into a recent project. 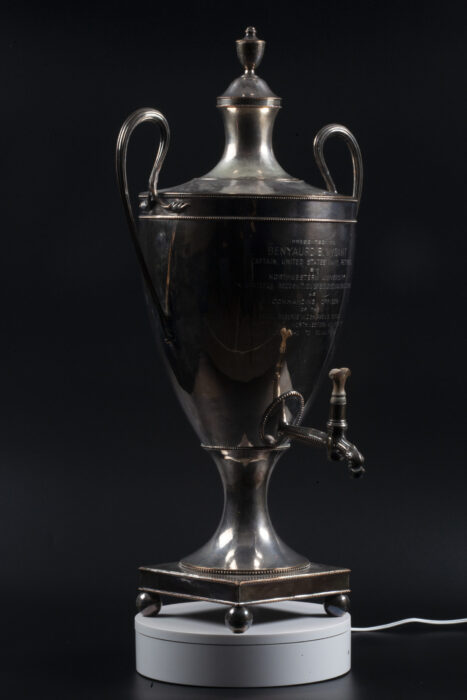 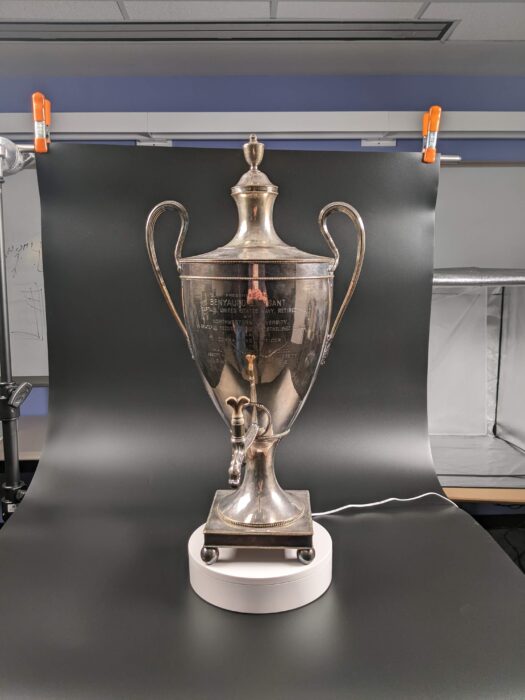 Behind the scenes photo of the trophy on vinyl background

Zoran and I tried to do a photogrammetry scan of this Coffee Maker/trophy. It is a highly reflective surface, and has many curves as well, so we knew this would be challenging. Zoran tried photographing it in the 32″x32″ light box, but the trophy was very large, and there were unflattering reflections resulting from the white and silver sides of the light box, but also from the hole in the front, as the trophy reflects the camera as well.

We then tried setting it up on the white vinyl on a table top, holding the vinyl up with a C stand arm. The white was nice for behind the trophy, giving it nice contrast, but because it was a small piece of vinyl, it created an unflattering reflection in the bottom of the cup, similar to the reflection above. For lighting, we used two Litepanels Gemini 2×1, one with a softbox, and one without, to see if there was any significant difference. We couldn’t detect one.

The black vinyl had a similar problem, so we tried putting the trophy directly on the floor, using a 6×6 black flag that we hoped would be less reflective than the vinyl. We hung the vinyl behind the trophy. 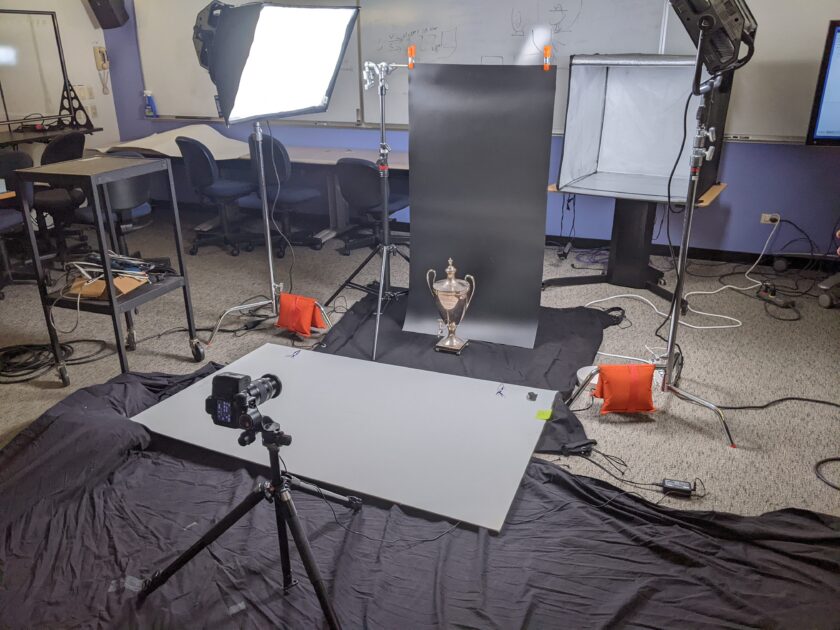 Wider behind the scenes shot of the trophy, showing lighting, camera and backdrops.

To scan a one-of-a-kind artifact like this, as-is, requires a complicated setup.