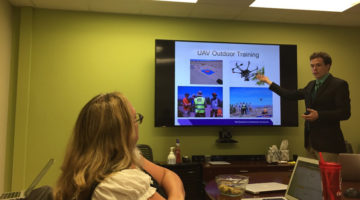 Earlier this week I presented to members of A&RT about my findings from my trip to the National Association of Broadcasters conference...
Read More

We’ve now made available my presentation to the rest of Academic Technologies on my trip to NAB2008. I’ve hilighted products and...
Read More

Larry Lessig, Stanford professor and founder of the Center for Internet and Society, offers his view of the modern relationship between...
Read More
Posting....