Last week, we filmed in the new Robotics and Biosystems Center space in the new AB Fill in Tech, interviewing faculty and filming robots for a video that will announce the center led by Professor Kevin Lynch that will open this fall. One of the areas of robotics we found fascinating were the robot swarms, little car-like robots that are programmed to function as one unit to form the letters “N” and “U.” 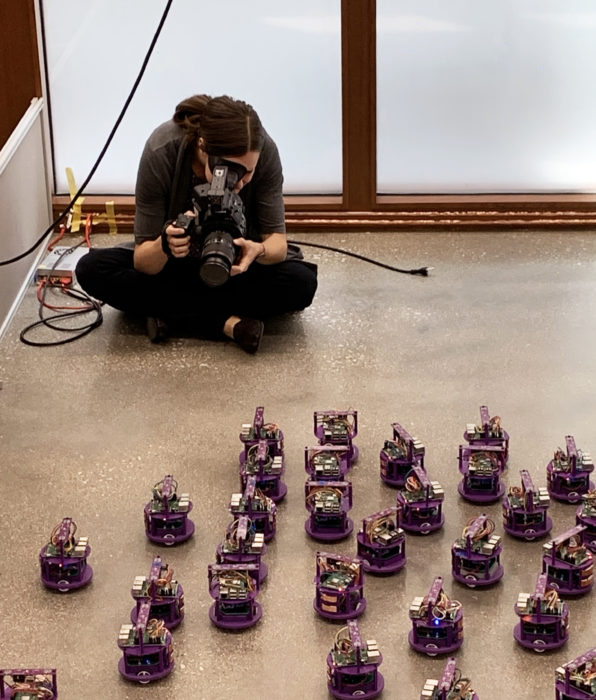 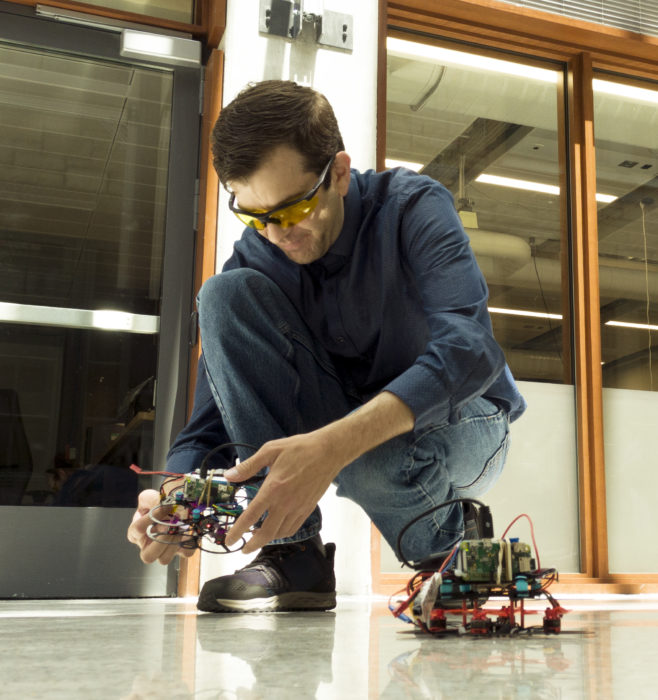 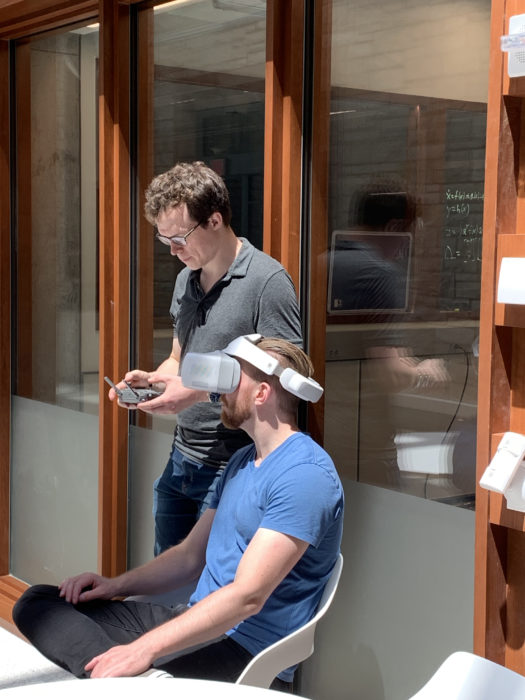 We also filmed our own aerial footage of drones that Assistant Professor Michael Rubenstein has built with students. He will be teaching a new drone class this fall. Check back for a final video in October!